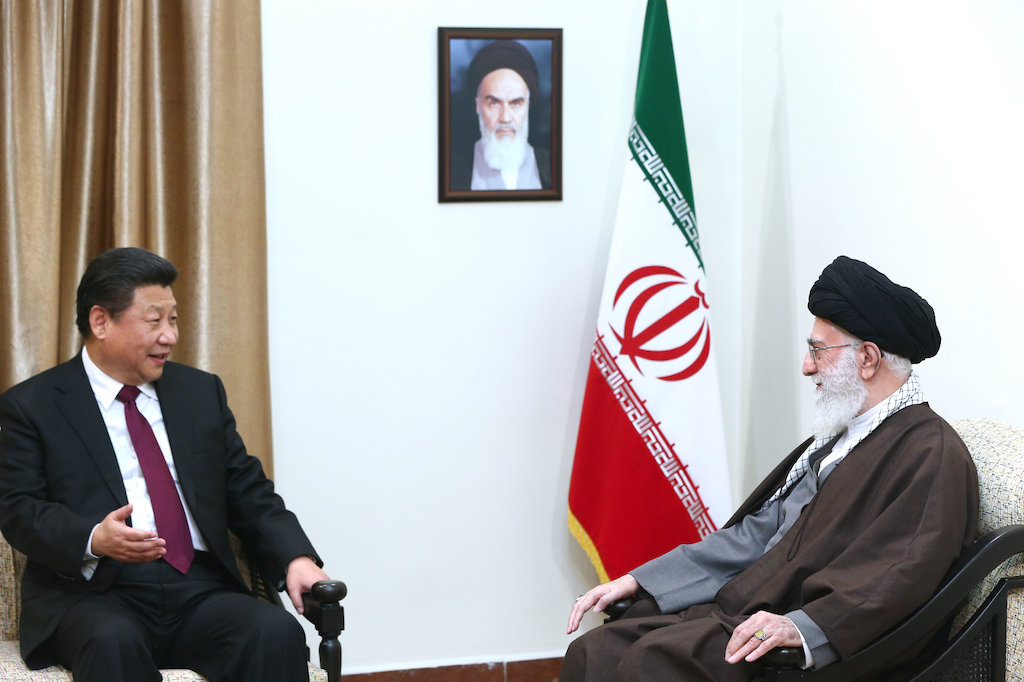 Iran presents important opportunities for China’s regional and continental ambitions. It has one of the world’s largest proven reserves of oil and natural gas which is important to the famously energy insecure Chinese economy. Iran also occupies a geographic region between the Caspian Sea and the Persian Gulf, a key point in the old Silk Road, which would be an indispensable pathway for the Belt and Road Initiative (BRI). That being said, Sino-Iranian relations have been far from robust.

Especially after the passage of the Iran and Libya Sanctions Act in 1996, which sought to hinder investment in the Iranian petroleum sector, the Chinese government took a cautious approach towards investing in Iran. President Ahmadinejad initiated a “Look Eastward” strategy of focusing on Iran’s economic relationships with the East. This made China Iran’s largest trading partner in 2010, overtaking the European Union, in 2010 . But whether that was due to an organised strategy of Asianisation or simply the de-Europeanisation of Iranian trade as a result of escalating Western sanctions is debatable.

After the agreement known as the Joint Comprehensive Plan of Action, commonly referred to as the Iran nuclear deal, the lifting of international sanctions opened the path for deeper Chinese interaction with Iran. President Xi travelled to Tehran and completed a Comprehensive Strategic Partnership and Chinese investments in Iran increased significantly. For example, China invested USD 1.51 billion from 2014 to 2015 in the Iranian economy, but increased its investments to USD 10.73 billion between 2016 and 2019. In spite of increased investments, there is a general consensus that the Comprehensive Strategic Partnership has fallen short of meaningful implementation. This can be due to a series of factors from competing Iranian budgetary priorities to the inability of the two nations to properly coordinate trade policies. Conservatives further use this as evidence for criticising what they saw as Rouhani’s overly West-centred policies.

But once the US withdrew from the Iran nuclear deal, economic relations suffered. Chinese exports to Iran collapsed from about USD 1.2 billion in October 2018 to just USD 400 million in December 2018 and Chinese imports from Iran, mainly petroleum also declined dramatically. That being said, Iran’s economic relations with China remain fairly one-dimensional. Iran exports some petroleum to China and uses funds accrued in Chinese accounts to purchase some items, such as materials and inputs to maintain and grow its non-oil exports. Belt and Road projects in Iran have almost come entirely to a halt as Chinese financial institutions refuse to get involved for fear of being targeted by the US Treasury Department. As the last decade has shown, private Chinese firms and even major state-sponsored enterprises are not immune to sanctions pressure.

Many scholars have argued, that China has intentionally limited its investment in Iran in favor of Saudi Arabia and the United Arab Emirates with whom it currently has larger trade volumes and investment flows. According to this argument, China, like Western powers, would pick a side in the Middle East and is choosing those it currently has a more robust economic relationship with. But there is little to substantiate this claim beyond the mentioned imbalance in existing trade and investment figures and isolated decisions by China hostile to Iran’s interests over the decades for which Western sanctions and US political pressure provide a more compelling explanation.

For example, while Saudi Arabia certainly saw the passage of resolution 1929 against Iran in 2010 favourable to its interests, China’s decision to vote in favour of the resolution was primarily motivated by its second-tier power strategy in the region and its desire not to present itself as an adversary of US regional hegemony. Additionally, while Saudi Arabia’s larger oil output and privileged position in OPEC decision-making grant it importance, Saudi Arabia also needs China as a buyer, especially with Western powers relying more on shale oil and renewable resources. Iran has a large population of 84 million, substantial economic potential and a key geostrategic location that Beijing is unlikely to overlook as a political favour to Saudi Arabia or the UAE. The Sino-Saudi relationship is bidirectional and mutually beneficial. As such, Riyadh’s leverage over China or its other relationships in the region should not be overestimated.

The 25-year economic cooperation agreement signed between Iran and China last year is a roadmap for the enhancement of economic ties going forward. As a document, it is breathtaking in scope. Covering everything from oil and infrastructure cooperation to telecommunication, green energy and research and development. These are, however, an overall framework and not specific contracts or commitments. But as Majidreza Hariri, the head of the Iran-China Chamber of Commerce, stated, working out the details of cooperation could take two years alone. Iran former Foreign Minister Javad Zarif also stated, the deal will not be properly operationalised if the JCPOA is not reinstituted to alleviate sanctions pressure on direct Sino-Iranian business and investor ties.

Over the last year and a half, however, Chinese purchases of Iranian petroleum have increased significantly. The fact that purchases are made either via ship-to-ship transport or indirectly while relabeled as oil from other countries such as Malaysia or Oman makes acquiring accurate statistics of Chinese imports difficult. But this certainly shows a bolder posture from Beijing in its economic ties with Iran that will likely carry over once the JCPOA is reinstituted.

The Sino-Iranian relationship is defined by a great power-middle power dynamic where Iran is continuously concerned about being abandoned and China fears being dragged into Iran’s conflicts with the West. Limiting its cooperation with Iran and siding with the West on many nuclear issues was a means of China mitigating these fears. But now that the new Cold War posture seems to have been ossified into the Sino-American relationship, the logic of keeping Tehran at arm’s length seems less compelling in Beijing. China’s former Ambassador to Tehran specifically cited the fact that a new Cold War is fait accompli as a reason to enhance ties with Iran.

China is also likely aware that the West’s sanctions weapon will likely be turned on it soon. While there are already some restrictive economic measures against China, they pale in comparison to the economic warfare waged against Iran and Russia. Building greater ties with sanctioned countries, which Iran will continue to be even after the reinstitution of the JCPOA, presents opportunities to challenge the sanctions weapon now and adapt to it once they are imposed on China.

Ali Ahmadi is a Research Fellow at Vocal Europe, a foreign policy think tank in Brussels, and an Analyst at Gulf State Analytics, a geopolitical risk consulting firm in Washington D.C. He specialises in geoeconomics and US foreign policy towards the Middle East.