Counter-Sectarianism in Lebanon at a Crossroads 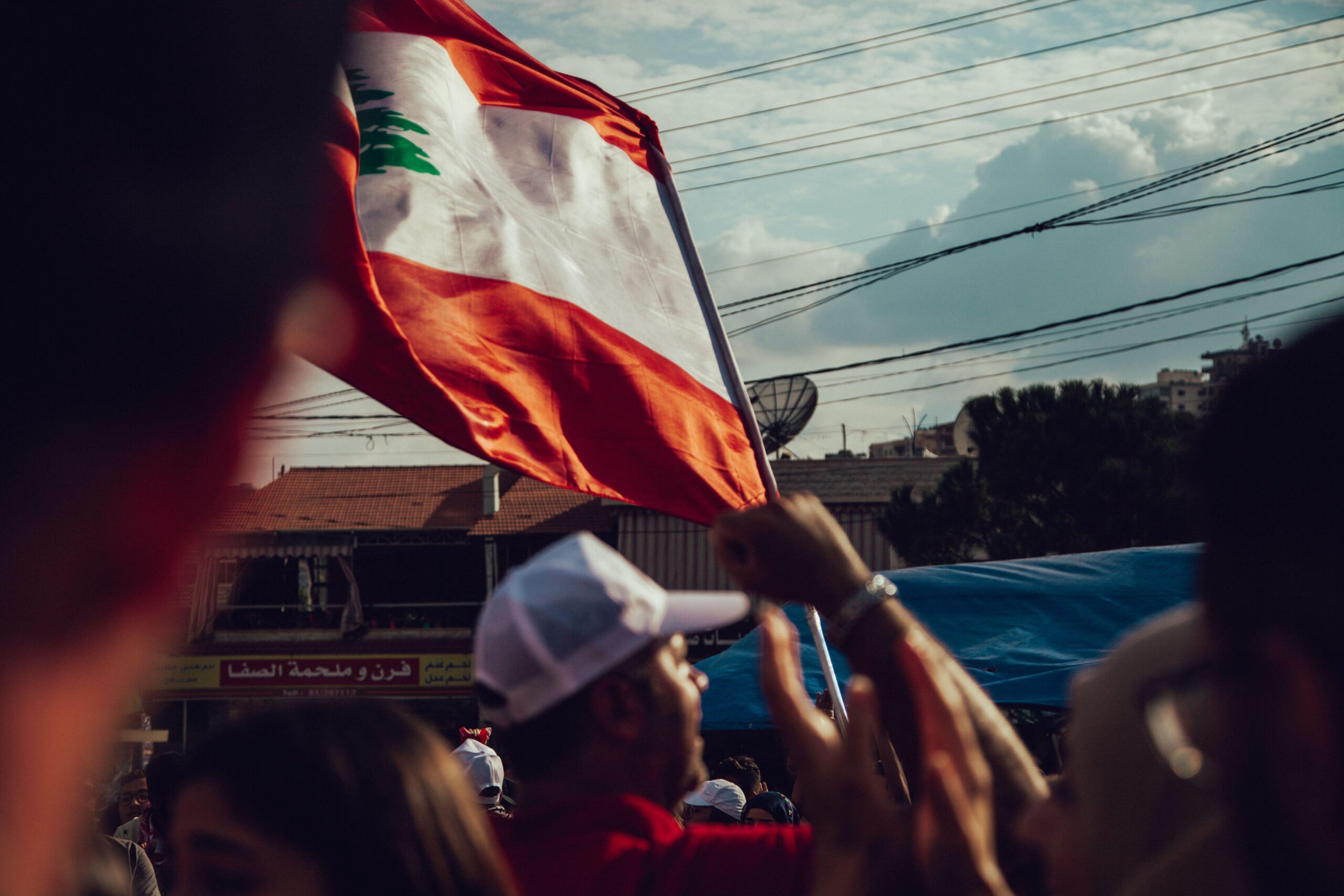 On an early evening in late 2019, bells and sirens sounded throughout Beirut as thousands of Lebanese flooded the streets chanting, “down with the regime.” Simultaneously, buildings and blockades around the city were being spray-painted with calls for revolution alongside satirical caricatures lampooning the nation’s politicians. To many counter-sectarian revolutionaries, it seemed like the longstanding hope for change in Lebanon was finally becoming actualised. Since then, however, substantive change has yet to occur. As protests have now become more sporadic, the economy more catastrophic, and civil society more fragmented, the prospect of counter-sectarian groups uniting under a single alternative project is narrowing.

The inability for counter-sectarian protests to initiate sustainable change to the political system is not unique to 2019. The 2015 “you stink” protests, which spawned in reaction to the garbage crisis, were one of the first large-scale protests to have an overtly counter-sectarian tone. Transcending the original issue of garbage filling the streets of Lebanon, chants of “you stink” and “all means all” were directed towards the political elite. Despite  the successful mobilisation of thousands of protesters, the political class were able to outmanoeuvre their counter-sectarian opposition in order to fragment and dissuade protest. As Carmen Geha describes, the political class has continually co-opted religious identities in order to strengthen their sectarian rhetoric, created counter-narratives that launched threats of violence against opposition, and used repression to inhibit dissent and political participation. While the political elite have continued to maintain the status quo, protests have stagnated, as they have been unable to affect substantive change. The division among the opposition’s vision towards the objectives of the movement, along with the newly found “entente” between sectarian leaders, who were able to agree on ad hoc solutions to counter the movement, led to the implosion of the protests.

In preparation for Lebanon’s upcoming 2022 elections, Beirut Madinati, a counter-sectarian political and protest movement, have restructured their organisational body to broaden their possibilities for coalescing with other political movements to create a non-sectarian alternative to the political elite: they adopted a decision-making structure that formally mimics political parties. This stratagem is not dissimilar to their Beirut municipal electoral campaign of 2016, where they formed a coalition of multi-sectarian organisations. While they established themselves as an inclusive multi-sectarian opposition, they were unable to overcome the political ruling class, who quickly established a multi-party coalition to counter Beirut Madinati’s contest. As Morten Valbjørn describes, establishing Beirut Madinati’s multi-sectarianism in a sectarian electoral system meant that it became “vulnerable to internal fragmentation and infiltration from [sectarian] political forces.” This meant that the party’s vision for an alternative system became fragmented and ultimately relegated their political ambitions as secondary to countering the sectarian political elite.

The momentum of Beirut Madinati’s protest and electoral organisation continued in the lead up to the 2018 parliamentary elections. Prior to that, numerous counter-sectarian political parties and protest groups assembled under the “Kulna Watani” coalition party list. Widely differing in ideologies, these lists ran on cross-sectarian, cross-regional platforms. Despite mass protest prior to the elections, the united lists gained only one seat in the Beirut I constituency, succumbing to similar fragmentation and infiltration as Beirut Madinati did in their 2016 election.

The pattern that has been displayed in the last two electoral challenges demonstrates the structural difficulties in creating political opposition through elections. As the system is built upon sectarian partisanship, the political elite have used Lebanon’s varied sectarian identities in order to thwart their opposition. Thus, they have continually suffocated counter-sectarian opportunities that provide an alternative for structural political change. As a result, many opposition and protest groups have become fragmented and unable to maintain prolonged influence when actively promoting political change from within the established system.

Charbel Nahas, former Minister of Labour and current leader of counter-sectarian political party Mouwatinoun wa Mouwatinat Fi Dawla (MMFD), stipulates that the Lebanese political system was born from both bribery, through the use of a clientelist distribution of funds; and threat, through the constant fear of civil war relapse. This has instilled the belief that there is no alternative to the status quo and has therefore ensured that sectarian leaders have maintained their position as the political elite. In late 2019, MMFD released a political document outlining a vision for a transitional phase, where a negotiated government with extraordinary powers would swiftly address the economic crisis and establish civic legitimacy for the Lebanese state as a means of averting continued conflict or military rule. While sectarian parliamentarians have dismissed this as utopian, MMFD argues that this has been done many times before, such as in South Africa’s transition from apartheid. Their approach differs from the grassroots foundations of other counter-sectarian groups. While creating political opportunities for counter-sectarian hopefuls, separation between them and grassroots organisations has created problems in developing relevant change, as the approach radically differs between protesting the power and proposing an alternative.

Lihaqqi, by comparison, is a non-hierarchical decentralised organisation combining localised grassroots movements into an umbrella organisation that aims to create the conditions for national political transition. In late 2020, Lihaqqi undertook discussions with its regional groups to draft a document outlining a transition of power to a temporary government. Much like MMFD, their approach focuses on the dismantling of sectarian electoral and government systems that secure the authority of “the oligarchy,” and with it, end sectarian power sharing agreements, clientelist social and economic networks, and create a secular state that provides representative power to the people. LiHaqqi operates as a broad network, built around the principles of horizontalism and participative democracy. The main decision making cells are working groups, scattered across Lebanon, revolving around local, sectorial, and thematic issues. Lihaqqi does not have a secretary-general or an executive committee, as opposed to centralized party leaderships.

Stuart Mann is a student at the Australian National University, completing his honour’s thesis in Middle Eastern and Central Asian Studies, focusing on Lebanese sectarianism and social movements. He is also an editor for the Levant Division at the Near East Policy Forum

Tony Kesserwany is a student at the University of Paris, completing a master’s degree in international law, having previously worked at the UNDP in Lebanon.