Emerging space power in Central Asia: Kazakhstan at the crossroad 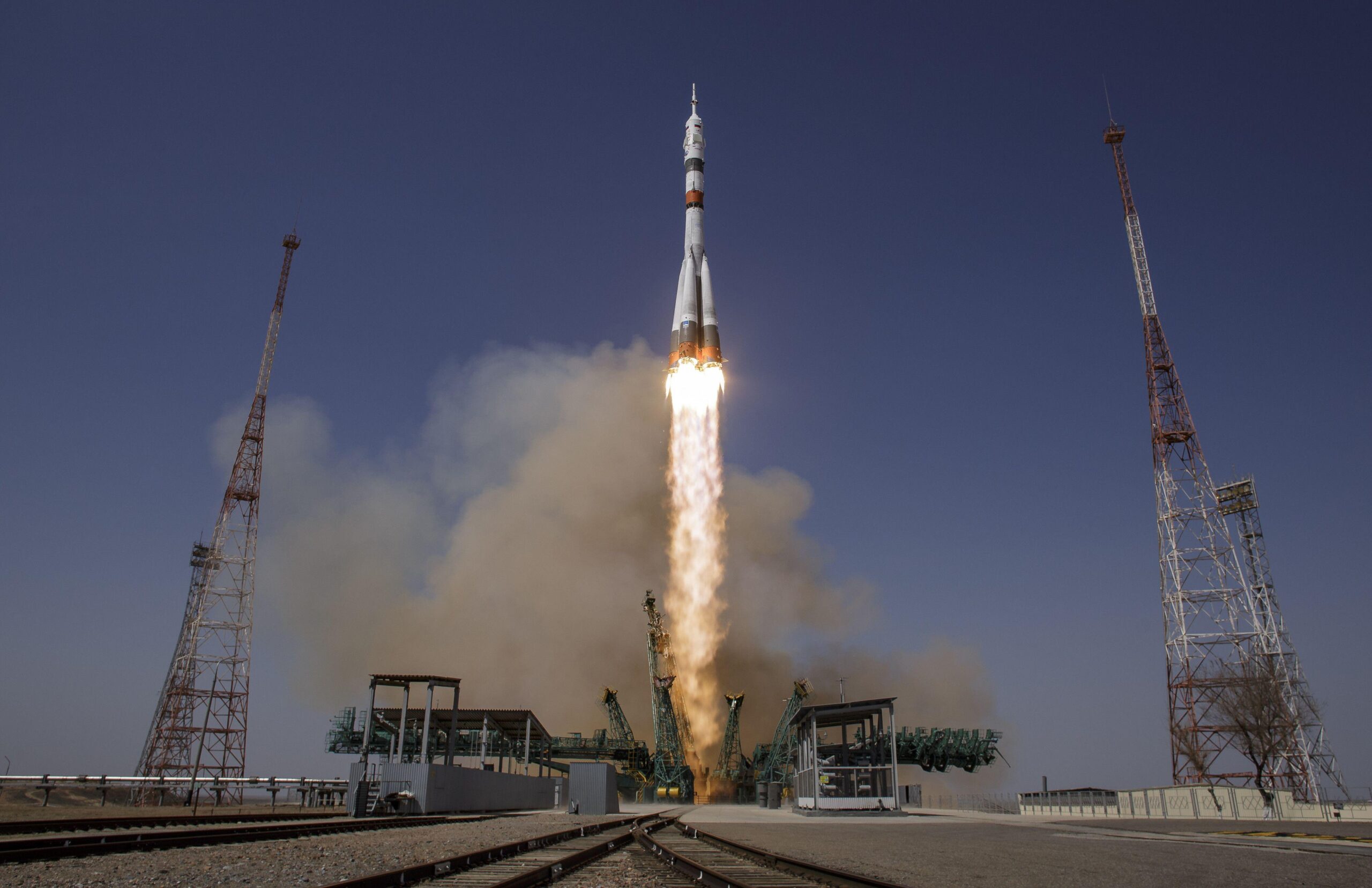 After the disintegration of the USSR, Kazakhstan inherited a significant technological artefact of the Soviet space program, the Baikonur Cosmodrome. The management of the spaceport, from which the historically significant Sputnik 1 was launched, was transferred to Russia through a lease agreement from 1994 till 2050. However the Kazakhstani leadership had remained committed to the idea of becoming an independent space player. As this article outlines, attempts by the Kazakhstani government to enter a club of space faring nations has encountered problems.

The geo-significant location of Baikonur in southern Kazakhstan predetermined the Central Asian state’s engagement with the Russian Federation regarding space exploration. The initial years of the Kazakhstan’s space development were, indeed, dominated by projects based on collaboration with Russia’s State Space Corporation; Roskosmos. Cooperation between the two nations, however, has been mirrored by decades of bargaining underpinned by an exercise in mutual pressure. It was only as late as 2010 and with marked reluctance that the second agreement on the Baikonur lease, originally signed in 2004, was ratified by the Kazakhstani parliament. By 2012, Kazakhstani officials had begun publicly discussing the possibility of a transfer of Baikonur back under Kazakhstan’s jurisdiction and announced preparations for a new program of space exploration and exploitation at Baikonur.

Kazakhstan’s strategic goals of space development have been articulated in a series of space programs, adopted in sequence in 1991, 2004, 2005, and 2010. Each of these documents reflected the state’s priorities in space policy development and determined the distribution of allocated funding for policy implementation. As a result of the 1991 program, the National Space Research Institute was established as a major venue for consolidating research resources, and assumed responsibility for the preparation of space missions by Kazakhstani astronauts (Tokhtar Aubakirov in 1991 and Talgat Musabayev in 1994, 1998, and 2001). The second program, “National Space Monitoring System of the Republic of Kazakhstan for 2004-2006”  sought to create infrastructure for the receival, archiving, and processing of regular space data. It also determined Kazakhstan’s proactive engagement with international players in the space industry for receiving data from foreign satellites. The real breakthrough in space policy development in Kazakhstan occurred with the adoption of the third program in 2005, which envisioned a comprehensive range of space activities including the development of satellites and ground infrastructure; informational space technologies; an environmental safety system for neutralising the consequences of space launches, etc. The program prioritised the launch of communication satellites; the aim being to render the national space industry profitable. Finally, the program of 2010 refocused on the development of Earth remote sensing satellites.

The implementation of space programs became an important tool for shaping Kazakhstan’s image as a global space player. The National Space Agency Kazakhstan Garysh Sapary (Kazakhstan Space Travel), established in 2007, signed agreements on cooperation in space with India (2009), France (2009), Israel (2009), Germany (2010), Japan (2010), and the United Kingdom (2013). As a result of these arrangements, Kazakhstan regularly submits reports detailing accomplishments achieved in space in collaboration with its new partners. In April 2014, Kazakhstani media widely discussed the inaugural flight of their country’s first satellite for remote sensing of the Earth with a high resolution, KazEOSat-1, which was built by the French company Airbus Defence & Space, and launched from the spaceport Kourou in French Guiana. The second satellite in this series KazEOSat-2 (Medium resolution Earth observation) was built by a team comprising EADS Astrium SAS of France and SSTL (Surrey Satellite Technology Ltd) of Guildford, UK and launched in 2014 from the Yasny launch pad in Russia. Furthermore, in 2018, the Spacecraft Assembly and Testing Complex was inaugurated in Astana by National Company Kazakhstan Garysh Sapary in cooperation with French Airbus Defence & Space, which allowed Kazakhstan to enter the world market of satellite manufacturers.

Collaboration with the United States also yielded results when in December 2018 Kazakhstan sent two satellites into space from the launch pad located in Santa Barbara, California using an American-made Falcon-9 launch vehicle designed by SpaceX. Essentially, in pursuing its space policy agenda, Kazakhstan also engages in cooperation with states that can learn from Kazakhstan, and thereby cultivates an image of a state which is not only a recipient of technological aid but also an aid to others. In 2016 a Kazakhstan Garysh Sapary delegation met with representatives of the Sudanese National Committee for Space (Sunacs) and Mirage to discuss cooperation on earth surface monitoring techniques for agricultural purposes. In 2019, Kazakhstan announced plans for investment in the space program of Zimbabwe, promising to assist in “bringing the country’s space program to the next level”.

Finally, Kazakhstan aspires to become a regional leader in Central Asia by offering its neighbours a number of services associated with space technologies. In 2018, the governments of Kazakhstan and Uzbekistan announced a communications satellite project that would allow countries to jointly manufacture and operate a satellite. Furthermore, as a part of cooperative efforts with a number of other Central Asian states, including Uzbekistan, Kyrgyzstan, Tajikistan, and Turkmenistan, Kazakhstan proposed a more ambitious plan to build five Earth observation satellites. The project is to be modelled on the European Multinational space-based imaging system for surveillance, reconnaissance, and observation. Since 2015, Kazakhstan’s government has initiated all of these projects with the aim of generating a profit from its investments in the space industry. However, these attempts have not yet achieved any commercial results.

One of the major challenges faced by Kazakhstan in this pursuit of a status as a space power is the recent rapid commercialisation of space services. It reflects the crystallisation of a new configuration of the space ecosystem in which emerging space nations may face new challenges in attempting to compete not only with established space powers, but also with global commercial operators providing an increasing variety of space services worldwide. Thus, in 2021 Kazakhstan terminated the implementation of the communications satellite project KazSta-2R, which had been intended to provide countries in Central Asia with satellite communication services, and switched instead to the use of services provided by the American-driven initiative OneWeb; judged to be more economically viable. This move can, indeed, be seen as indicative of the new challenges faced by emerging space nations and of their inability to compete with global space players. This, in turn, may ultimately undermine the efforts of Kazakhstan to consolidate its status as a regional leader in space development. Moreover, the last opportunity for Kazakhstan to enter the club of space faring nations was a joint project with Russia to build the ‘Baiterek’ launchpad for launches of Soyuz-5 rockets. However, it was suspended, along with many other joint projects with Russia following the federation’s invasion of Ukraine earlier this year.

Nelly Bekus is Lecturer at Humanities College, University of Exeter, UK. Her research focuses on nation and state-building, techno-politics and urban development in the post-Soviet space.

Zhomart Medeuov is the head of the public policy analysis sector of the Institute of Applied Research of the Academy of Public Administration under the President of the Republic of Kazakhstan. He is interested in public policy, political science, and social philosophy.