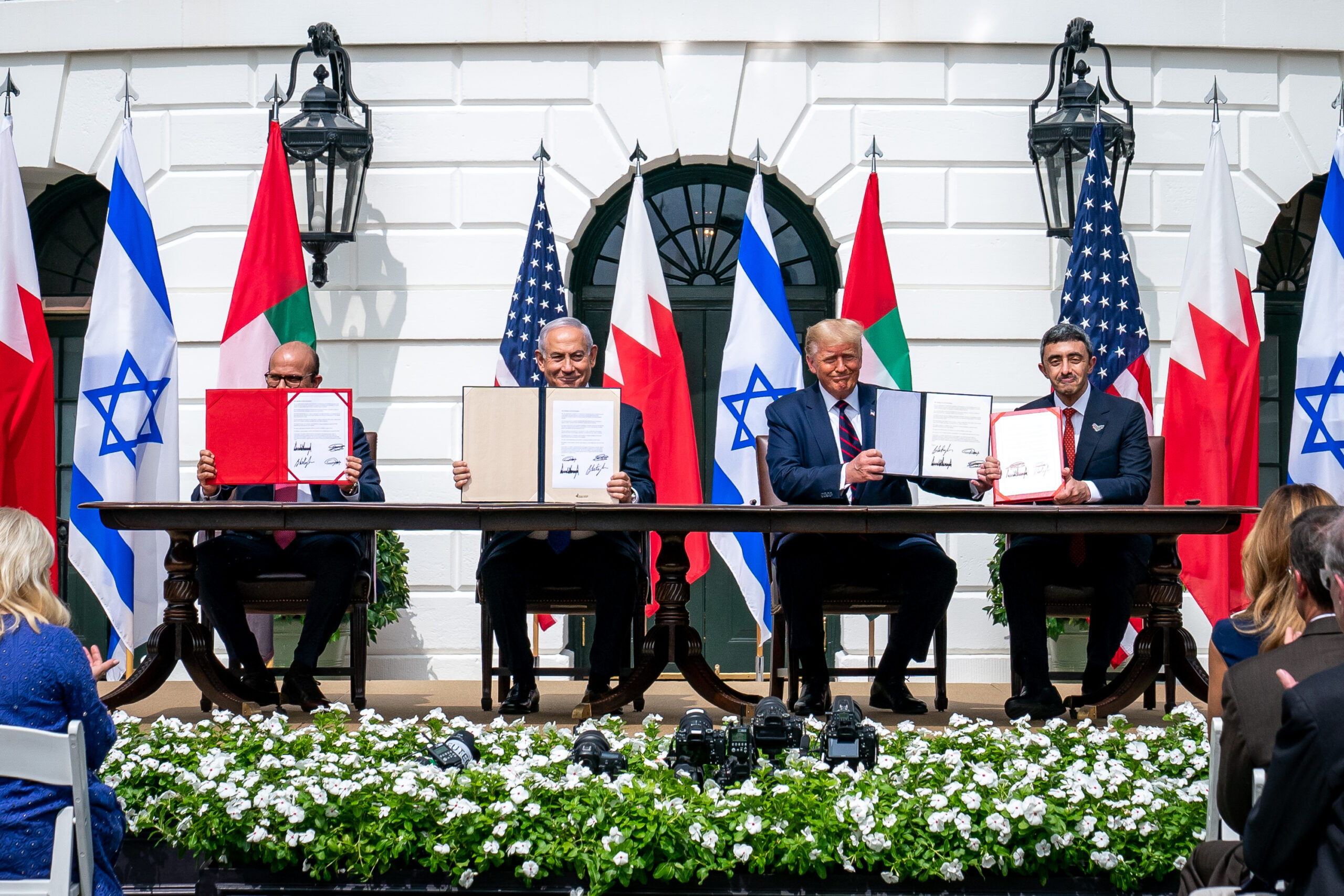 A few months after the Abraham accords were signed between Israel, Bahrain and the UAE, the Pentagon announced the transfer of command oversight of Israel from the US European Command (EUCOM) to its key military command outpost in the Gulf, CENTCOM. While the transition may be seen to pave the way for an overt regional security partnership that targets Iran, the likely strategic advantages this move yields for the Gulf states are debatable.

There has been an underlying shift in the security dynamics of Israeli–Arab Gulf relations following the Arab Spring, and this has been accompanied with rising doubts about the US political and strategic influence in the region. While Israel, Saudi Arabia, the UAE, and Bahrain find themselves facing mutual security challenges emanating from Iran, over the past decade, Iran has advanced into Syria, Lebanon, Yemen, and Iraq and gained considerable confidence with the signing of the nuclear deal (JCPOA) in 2015, that has not met the expectations of US allies.

The security cooperation between Israel and Arab Gulf states mainly involves intelligence sharing and cybersecurity. Israel has also utilised its influence in Washington to stymie criticism of its newfound friends in the Gulf. Though these benefits may indeed strengthen the new partners’ political-diplomatic relations, they do little for Gulf security.

Forming a strategic alliance is one way to enhance military security of states that are endangered by the same enemies. But the belief that an alliance is robust and the common adversary is balanced and deterred requires allied states to have high confidence in each other’s will, capability, and a consensus over the source of threat and the effective mean to counter it.

In our case, the balance of power and US strategic resolve in the Gulf and Israel’s defence priorities are two factors that stand at odds in enhancing Gulf security throughout the partnership with Israel.

First, Arab Gulf states are aware that Washington remains the superpower in the Gulf and that any security coordination with Israel must not damage US interests. A more overt security relationship between Israel and Arab Gulf states could provoke an Iranian security dilemma through accelerating uranium enrichment and intensifying the shadow war with Israel in the Red Sea. And this could either damage US deterrence or pull it towards open war with Tehran.

US presence in the Gulf has little to do with Israeli–US relations because Gulf protection remains at the heart of US defence strategy. The region is vital to the global economy, and it gives the US the bargaining power that it needs against global competitors such as China and Russia. CENTCOM’s heavy military presence and advanced military technology should assure Gulf allies that Iran will not dominate the Gulf security architecture as long as Washington has the will to remain a global power.

Furthermore, the Israeli fear of the growing Iranian influence does not entirely reflect the US position. The Biden administration seeks to revive the nuclear deal with Tehran, and there is no real strategic value for Washington to prioritise the Iranian influence as an object of concern. Former Mossad’s director, Tamir Pardo stresses that the Israeli treatment of the Iranian threat should not be detached from the strategic alliance with the US. This lack of consensus with Washington weakens the general “strategic interest” of the allied states in containing Iran.

While the US feels uncomfortable about Iranian influence in the Middle East, it does not perceive Tehran as powerful enough to threaten US superiority in the region. Tehran’s military power cannot win a conventional war or seize territories. At best, it can exploit its strategic location in the Gulf to blockade the Strait of Hormuz, and it can inflict serious damage on US troops and equipment with its ballistic missiles, small ships and submarines. On the other hand, the Iranian regime is conscious of the high costs of these potential scenarios.

What concerns Washington more is Iran’s nuclear program. In Barack Obama’s words: “every aspect of Iranian behaviour that is troubling is far more dangerous if their nuclear program is unconstrained.” If the US’s ability to deter Iran conventionally declines, the main loser will be the Arab Gulf states.

Second, Israel in general has different security concerns to the Arab Gulf countries. Provided the US has sufficient interest in guaranteeing Arab Gulf states’ stability, these states’ key security priority remains their domestic stability. Iran can play a significant role in mobilising the Arab Shiite minority against their Sunni governments. It has been accused of providing support to the Shiite in Kuwait, Saudi Arabia, and stimulating the uprisings in Bahrain in 2011. Since 2015, it has backed the Yemeni Houthi militants to sustain their influence over the capital Sana’a despite the Saudi-Emirati military campaign. In both cases, neither Israeli power nor its advanced technology could guarantee the Arab Gulf states’ societal and domestic stability.

For Israel, the risks come from Iran’s material power, including the spread of accurate missiles technology and Tehran’s strong foothold in border countries Syria and Lebanon. Given these pre-existing challenges, it would be impractical for Israel to muster any real intent or military capability to defend its Gulf partners from Iran in the event of an open war.

Israel on its own cannot be a strategic balancer against Iran for Arab Gulf states. At best, it is a regional military power with overwhelming security concerns. Encouraging US–Iran nuclear talks is crucial in eliminating the risk of nuclear proliferation and to preserve Washington’s conventional deterrence in the Gulf. Finally, current secret talks between Riyadh and Tehran should include other Gulf states.

Nasser Khdour writes on topics related to Middle East security, the Persian Gulf security, and the Israeli-Palestinian conflict. Nasser has a master’s degree in strategic studies for the Strategic and Defence Studies Centre at the Australian National University, and master’s degree in international studies from Birzeit University in Palestine.