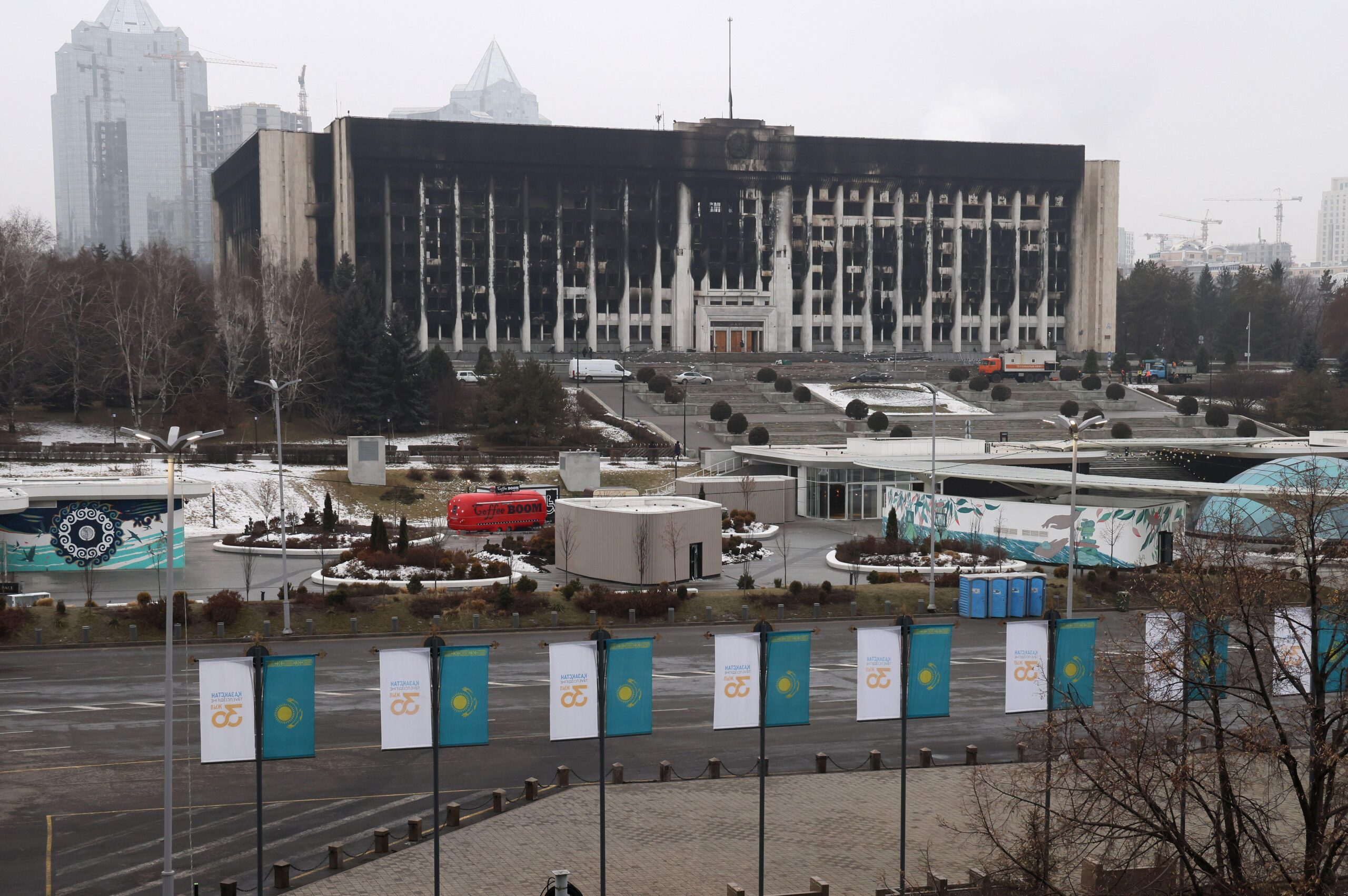 The abrupt and turbulent start of the year in Kazakhstan has engineered the conditions for a dual narrative to emerge. Firstly, the widespread violence and protests, coupled with Kazakhstan government’s botched handling of containing the violence demonstrated the fragility of the security conditions in Kazakhstan. This was made even more shocking by the apparent mistrust of President Kassym-Jomart Tokayev towards Kazakhstan’s security apparatus, consequently leading to Tokayev adopting the unprecedented decision to officially request the deployment of the Collective Security Treaty Organisation (CSTO) to assist in bringing stability back to the country.

Secondly, the protests further entrenched a geopolitical reality, it reinforces Russia’s role as regional protector and security guarantor, while China is content to exercise its influence through economic means. However, to reduce the division of Moscow and Beijing to security and commerce remains arbitrary. Rather, Russia’s economic presence within Kazakhstan remains strong, while China continues to adopt a wait-and-see approach to the security conditions of Central Asia.

Russia’s response to the unrest was decisive, as the primary architect of the CSTO, it led a regional security response to preempt regional spillover. On the other hand, China kept a low profile initially, arguing that the unrest was an “internal affair”. Only later did Beijing adopt a more proactive position, by offering assistance to curb the security threat.

The Kazakhstan unrest, coupled with the responses from Russia and China can be witnessed as evidence of a geopolitical equilibrium, thus forcing many Western states including Australia to consider their engagement with Kazakhstan and the wider region in light of changing geoeconomic and geopolitical conditions.

Kazakhstan and the Central Asian region more generally have not been considered as having preeminence within Australia’s political and economic discourse. However, it would be a mistake to dismiss the significance of the Kazakh unrest on Australia’s interests in the region. What remains pertinent is that Australia and Kazakhstan continue to maintain a long-standing and highly promising emerging economic relationships – a realism which could well be interrupted by the recent unrest.

Perhaps the most consequential repercussion Kazakhstan unrest has on Australia is the favourable conditions it projects onto Australia’s resource industries, particularly within the uranium sector. With the world rapidly decarbonising, global financial institutions and developing economies are adopting a more favourable view of uranium as a potential clean energy resource, with Kazakhstan and Australia set to take advantage in a surge of global uranium demand.

However, the civil unrest in Kazakhstan – the world’s largest uranium producer – could demonstrate the attractiveness of Australia as the preferred destination for investment capital.

Political stability witnessed over the past three decades has allowed for a more competitive business environment to develop, thus creating more favourable conditions for Australian suppliers to engage in the full spectrum of mining operations across Kazakhstan. On top of this, a positive business environment, brought about by political stability, has presented Australian mining companies with opportunities because of the magnitude and scale of projects being developed.  As such, the recent political unrest is expected to have flow-on-effects for Kazakhstan’s business environment, and consequently, Australia’s eagerness to invest.

Furthermore, Kazakhstan is of interest for Australia’s strategic exports to China. Kazakhstan is an important transit route for China’s One Belt One Road initiative and is strategically located meaning that it is well placed to leverage demands from China for its raw minerals. This could potentially affect Australia’s ability to leverage its exports to China. Although China’s investment in Kazakhstan remains heavily concentrated in oil and gas projects, the Chinese Government recently announced plans to expand investment within Kazakhstan’s iron ore sector – Australia’s largest export to the PRC.

For now, Australia’s nuanced posture is probably the most strategically prudent option in dealing with Kazakhstan’s tumultuous domestic environment, particularly since the civil unrest will have limited direct implications for Australian business and political interests. However, should unrest continue to be a feature of Kazakh society or Australian business interests are threatened in the medium to long-term, Australia will face some difficult decisions in the future.

Conor McLaughlin is the Research Coordinator of the Defence Research and Engagement portfolio at Edith Cowan University (ECU).